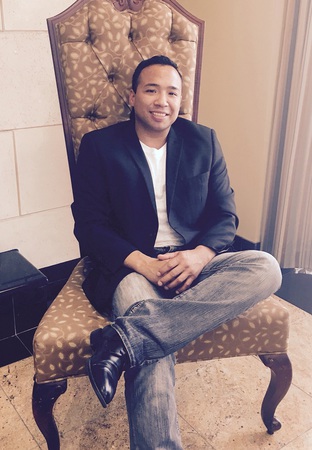 Jason Rasevych believes earning Cando certifications has provided him with some additional credibility in his economic and business dealings.

Jason Rasevych was already a graduate of a number of post-secondary school programs. And Rasevych, a member of the Ginoogaming First Nation in northern Ontario, was a distinguished economic and business development professional.

Yet a few years ago Rasevych decided to further build up his credentials. He discovered Cando, the national Indigenous organization that promotes community economic development. Rasevych then put the wheels into motion to get Cando certification. He did just that acquiring both his Professional Aboriginal Economic Developer and his Technician Aboriginal Economic Developer certificates.

Though he had a business and economic background, Rasevych said he was seeking additional credentials with a First Nations focus.

“Even though they were not in Ontario, I saw they had a national mandate,” he said of Cando, which has its office based in Edmonton. Rasevych believes his Cando certification gives him an added credibility when dealing with Indigenous communities and their various projects.

Since 2011 Rasevych has been working as the economic development advisor and program manager for Matawa First Nations Management. This group consists of nine First Nation communities in northwestern Ontario.

Prior to that, Rasevych, who is 34 and now lives in Thunder Bay, Ont., held various economic roles for his own First Nation. Rasevych’s academic achievements include earning a Bachelor of Business Administration degree from Thunder Bay’s Lakehead University.

He also has an Advanced Ontario College diploma in Business Marketing from another Thunder Bay school, Confederation College. Plus he has an Economic Development Certificate that he obtained through the University of Waterloo. And by taking online courses he obtained a Local Government – Community Economic Development certificate through Nova Scotia’s Dalhousie University. Rasevych believes a wide diversification is necessary in order to succeed as an economic/business developer who works with First Nations.

“It does give that extra clout or extra support for funding,” he said. A proposed project Rasevych is currently working on for the Matawa First Nations Management is a $68 million venture that would, if fully approved, bring Internet access to five remote First Nations in northern Ontario.