Delion has successful career thanks to on-the-job training 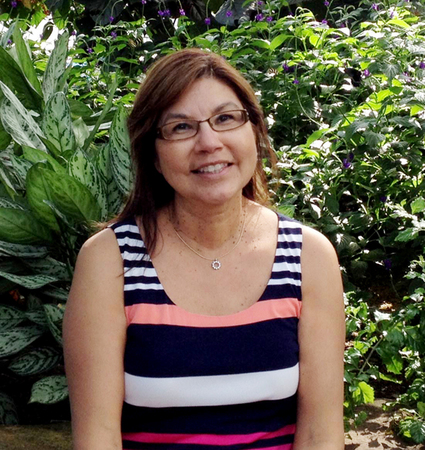 But she has plenty of positive things to say about the Aamjiwnaang First Nation in southwestern Ontario.

One of the main reasons Delion speaks so highly of the community also situated mere minutes from the Michigan border is because she was born and raised on the Aamjiwnaang First Nation. And she has also worked for the First Nation for the past 29 years.

Delion started off working in child welfare. She then moved into a substance abuse care program. And for the past 15 years she’s been a business development officer for the First Nation.

Delion added it wasn’t the first time her skills were suitable enough to land her a job.

“I’m always using life experiences and work experiences,” she said. “It was always growth into the next thing.”

The work being done on the Aamjiwnaang First Nation has also not gone unnoticed. Back in 2010, the First Nation was chosen as Cando’s community of the year thanks to the efforts of the Chippewa Industrial Development Ltd., Aamjiwnaang’s development corporation.

Cando is the organization that promotes Indigenous economic development across Canada.

After her community was recognized, Delion found out about Cando’s individual certifications.

In 2011 she obtained her Professional Aboriginal Economic Developer (PAED) certification through Cando. She was recertified again this past year.

“It allows you to give yourself that personal growth,” Delion said of Cando’s certification.

A number of requirements must be achieved in order to receive Cando certification.

“What I like about Cando is that they acknowledge your work and your years of service,” said Delion, whose officials titles with her First Nation these days are economic development co-ordinator/project manager.

In 2016 Delion completed her Economic Development training at the University of Waterloo.

The goals of Aamjiwnaang’s development department include to improve the First Nation’s sustainable economic growth and to seek economic diversification.

With her current job Delion said she is most proud of being involved in a pair of energy deals involving wind turbines the First Nation was able to bring to fruition.

“They were a long time coming,” she said. “From start to finish it was probably 6-7 years.”

A pair of other First Nations, the Walpole Island First Nation and the Chippewas of Kettle & Stony Point First Nation, were also involved in the two projects at various times.

“We found it challenging but good,” Delion said.