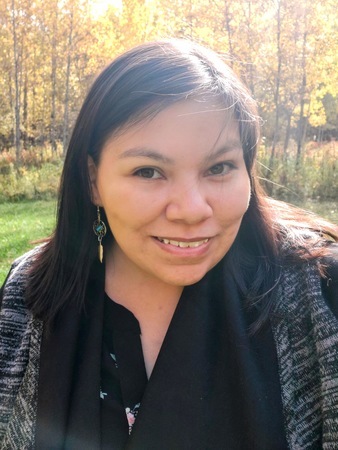 Elsie Moar is Anishinaabe from O-Chi-Chak-Ko-Sipi First Nation in Manitoba located on Treaty 2 territory. She has been working with Cando since June 2021 as a Special Projects Assistant.

Elsie is passionate about supporting Indigenous organizations and communities. After studying Anthropology at MacEwan University, she worked in another non-profit organization before migrating to her current role at Cando. Working alongside the Special Projects team, she has assisted in coordinating projects such as conferences, workshops, webinars, and various other initiatives. Additionally, she works with Indigenous Economic Development Officers and Land Managers including Indigenous and Government organizations.
Phone: (780) 990-0303 x 234
Email: elsie.moar@edo.ca