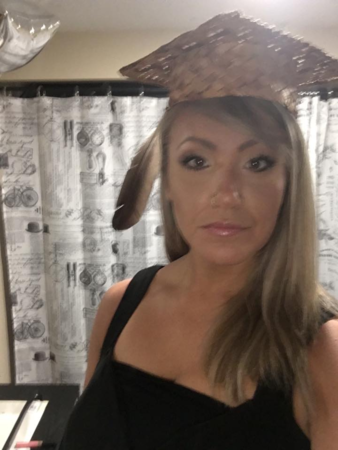 If it weren’t for the $2,000 National Indigenous Economic Education Foundation scholarship Tasha Brooks received in fall 2016, her internship would not have gone as well as it did.

“The scholarship was extremely useful because as part of my study I had to complete an internship and it was really important for me to complete one that was in my career goals and that meant taking an internship that was unpaid,” said Brooks, who just graduated with her master degree in business administration from Vancouver Island University. “It was just critical to my survival during my internship period.”

Her initial internship was doing a proposal surrounding an aquaponics facility. While she found it interesting, it wasn’t her passion.

Instead an unpaid internship at the Cowichan Campus of VIU was what she really wanted to do. Although she had received funding from her band for her education and had received student loans, that money wasn’t enough for her to swing the unpaid internship. The scholarship dollars allowed her to do it.

“Cowichan Campus couldn't pay, but could offer something relevant to my background and education,” she said.

The internship directly impacted Cowichan Tribes, the community Brooks is from. “I loved every day of my internship, I learned about my culture, and feel like I truly made a difference,” she said.

Scholarships like this one, says Brooks, are vital to most students.

“It really helps students just to be able to focus completely on school and not have that cloud of worry over their head while they’re trying to study and focus. It was really integral to my success,” she said.

After getting her four-year bachelor in business degree from VIU, Brooks spent four years working with Cowichan Tribes before returning to school to earn her master degree in one and a half years. Now she plans to start her doctorate in business administration, focusing on social impact management at Walden University this fall. That will be at least another four years of higher education.

Brooks plans to become a professor in the field of business and to continue to contribute to her community.

She would like to do research “to get a basic understanding of what different educational effects can have on our community.”

And Brooks has at least one long term goal.

“I’m also interested in politics so potentially, at some point, running for council for my local community,” she said.