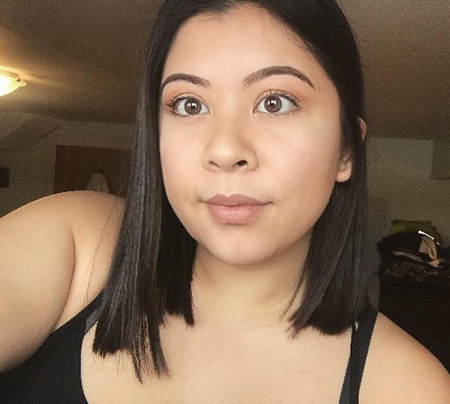 Though she's in her first year Master's course, Taylor Wilson is already considering future options, including a PhD and law schoo

Taylor Wilson has some rather lofty ambitions.

But the 24-year-old, a member of Manitoba’s Fisher River Cree Nation, is not quite sure where life will be taking her in the coming years.

Wilson has returned to the University of Winnipeg this academic year as she was accepted into the Master’s in Development Practice program.

Wilson’s first-year tuition fees of $22,000 were covered in full by a scholarship.

“It was a big deal because they covered all of my fees for the first year,” Wilson said, adding the scholarship can be renewed the following year if she maintains a high standard of grades. “It was based on my marks and my goals and what I want to do and what I was already doing.”

To help cover some of her other university expenses, Wilson also applied for a scholarship offered by Cando through its National Indigenous Economic Education Fund (NIEFF).

She was one of the three recipients of this scholarship. These scholarships are worth $2,000 each.
Wilson was thrilled to receive the NIEEF scholarship.

“The big thing is knowing I have support from Indigenous organizations,” she said.

Though she is now working her way towards a Master’s degree, Wilson has not given up hope of law school.
“I knew I wanted to get my Master’s first,” she said.

At this point, Wilson is not sure whether she would apply for law school upon graduating from her current program.

“Things are popping up so quickly,” she said. “The idea of getting a PhD is becoming more alluring. We’ll see where I am at the end of this program.”

Wilson is keen to be a part of her current program. Besides having classes from September through April for two years, she must also take part in a pair of three-month placements between May and August each year.
While one of those placements will be in Canada, the other one must be deemed an international one.

Though the United States would count as an international placement, Wilson is hoping hers will be overseas.
“It gives you a real world view of other Indigenous communities outside of North America,” said Wilson, whose grandfather David Crate is the chief of the Fisher River Cree Nation.

Wilson added her grandfather was one of those who strongly recommended the current University of Winnipeg course she is in.

“He knows what a great program it is,” said Wilson, adding she had also applied to do her Master’s in Australia as well at British Columbia’s Simon Fraser University.