Cando Youth Connect is a platform to empower Indigenous Youth (18-35) and allies across Turtle Island to participate virtually to discuss topics such as Economic Development, Lands Management, and Entrepreneurship.

Youth will have an opportunity to share details on events in their regions, as well as resources, tips and strategies with their peers. As a result, youth can be more powerful catalysts for positive change and contribute innovative solutions to current challenges in their communities.

This monthly platform will be hosted by Aubrey-Anne Laliberte-Pewapisconias, Cando’s National Student Director,  and will incorporate guest speakers withvarying backgrounds and expertise as part of the discussion.

Youth will be able to network with their peers via breakout rooms and have an opportunity to ask the guest speakers questions one on one. 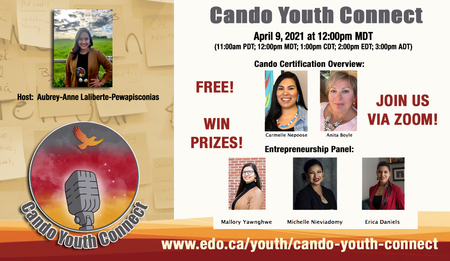 Recording of the Youth Connect Forum

This initiative generously sponsored by: 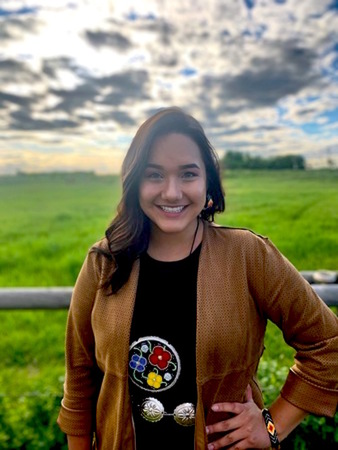 Aubrey-Anne Laliberte-Pewapisconias is a 22-year-old Cree woman from Canoe Lake Cree First Nation on Treaty 10 Territory and has roots to Little Pine First Nation on Treaty 6 Territory through her father’s family. As a fourth-year commerce student, majoring in Finance, at the Edwards School of Business at the University of Saskatchewan, she aspires to work with Indigenous communities on sustainable economic development projects.

Apart from school, Aubrey also brings with her work experience from non-profit organizations. Aubrey worked for Saskatchewan Indian Gaming Authority in the Procurement department, and then moved to Corporate Affairs. After this, Aubrey went on to work for Indigenous Clean Energy as an Events Management Assistant, where she currently still works and learns more about her passion for a clean energy future. Lastly, Aubrey is involved with Cando through her attendance at the 2nd Annual Cando Economic Development Youth Summit, as a panelist for the 15th National Youth Panel, and is now in her second term of being the National Student Director for Cando.” 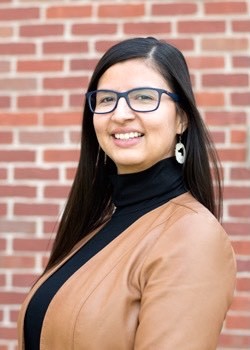 Mallory Yawnghwe, is a nehiyaw iskwew from the Saddle Lake Cree Nation in North Eastern Alberta. She is a recent graduate of MacEwan University School of Business’s Bachelor of Commerce in Supply Chain Management, and is three years into her career as a Project Procurement Specialist with Alberta Infrastructur

Mallory thrives on challenge and is driven to overcome her fear of the unknown to make a difference in this world. Sometimes accused of being overly optimistic, Mallory has used her positive attitude, humility, and perseverance to grow from an awkward, shy, nail-biting, floor gazing teenager, just arrived in Edmonton, into a respected Supply Chain professional, independent business and community consultant, and educational facilitator. Most recently, she has taken a big leap into the role of President and CEO of her new start up Indigenous Box Inc. 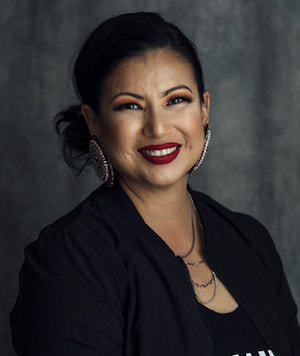 She is a member of Kawacatoose First Nation and while her roots are in Saskatchewan, she has called Edmonton home for the past 20 years.

She is the Assistant Director at the Edmonton Native Healing Centre.

She is an entrepreneur with her own business called Iskwew Health promoting health & wellness in various capacities! (Zumba, meditation, bootcamp, fitness kickboxing, wellness retreats)  She believes movement is medicine & connection is everything! 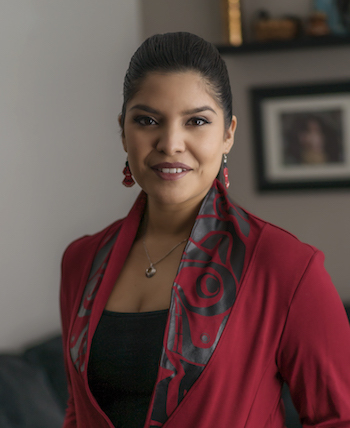 Erica Daniels is owner of Kejic Productions a business that provides video production, photography and graphic design services. Erica was one of the presenters on the National Youth Panel at the 2020 Cando Conference.

Erica Daniels, a member of Peguis First Nation in Manitoba, immediately fell in love with Just TV, a multimedia program offered to at-risk youth in Winnipeg.

Daniels, who was contemplating dropping out of high school, was convinced by a teacher to check out the Just TV program.

After seeing other Indigenous youth performing live on stage, she decided that was a venture worth pursuing and to continue her education.

After discovering some of these nuances of the multimedia industry, Daniels went on to graduate from a pair of programs offered through the National Screen Institute – the New Indigenous Voices Program and the IndigiDocs Program. 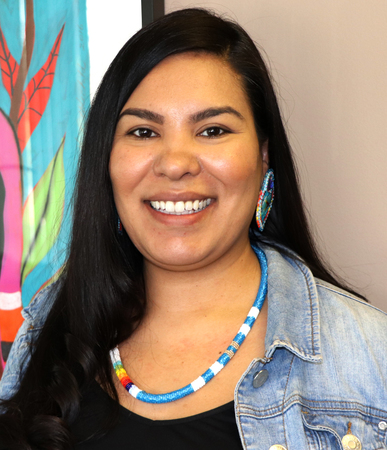 Carmelle Nepoose is from Samson Cree Nation of Maskwacis, Alberta.

Carmelle has Business Administration Accounting Diploma from Northern Alberta Institute of Technology. She was previously employed with Samson Cree Nation for the last four years, where she was a dedicated employee in the Residential Development department as a CMHC Coordinator. She is very passionate about helping her Nation and Nation members by providing the best resources for programs available.

For the last 2 years, Carmelle was the Special Projects Coordinator, where she oversaw the regional events before she transferred into the role of Certification Coordinator (West

Carmelle looks forward to having the opportunity to work with many accomplished Indigenous Economic Development Oﬃcers and Land Managers from across Canada. Working in this position she has gained valuable work experience and enjoys networking with professionals in the field of Economic Development. 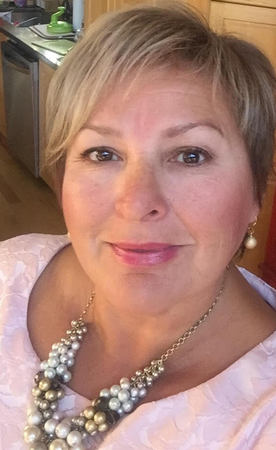 Anita is from the Metepenagiag Mi’k​maq Nation in New Brunswick. She is a graduate from the University of New Brunswick where she earned a Master in A​dult ​Education degree along with a Bachelor of Arts and Education degree. She also holds a diploma in Human Resource Management, and recently became certified under the Canadian Career Development Foundation.

Anita's has extensive experience and skills in Economic Development, Community development, Indigenous Education and Training, and Women's issues. ​Anita facilitates training and workshops across a range of topics including Career counselling, Guiding Circles, and Community planning.

Check out the recording from the March 12th Virtual Youth Forum 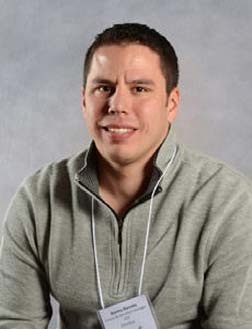 Taking some specialty courses during his post‐secondary education has paid off handsomely for Stanley Barnaby. Stanley, who is from Quebec’s Listuguj Mi’gmaq First Nation, attended the University of New Brunswick, earning his Bachelor of Business Administration degree. While at UNB, Barnaby also took the necessary courses to obtain his First Nations Business Administration Certificate. By fulfilling the requirements for this certificate Barnaby met the criteria to obtain his Technician Aboriginal Economic
Developer (TAED) certificate through Cando, the national Indigenous organization which promotes economic development.

Stanley credits his Cando certification with helping him land some of the jobs he has held.
“It certainly helped me with some of the employment I’ve had in my career,” he said. “It being on my resume really helped.”

Stanley is currently the Finance & Operations Manager for the Joint Economic Development Initiative (JEDI), based in Fredericton, NB. JEDI promotes Indigenous economic and workplace development to 15 First Nation communities throughout New Brunswick. Stanley started off as the finance intern at JEDI two years ago before he was promoted to his present job, one in which he oversees numerous ventures.

Besides community economic development, JEDI provides services including entrepreneurship, apprenticeship and employment counselling to Indigenous individuals. Before joining JEDI, Stanley Barnaby held a pair of jobs in his home community. He was a financial analyst in commercial fisheries, working for the Listuguj Mi’gmaq Governement for one summer. And he gained finance experience working for the Mi’gmawei Mawiomi Secretariat, also in Listuguj. Stanley continues to speak highly of Cando.

Stanley’s involvement with Cando continues to expand. In February 2021 Stanley was elected President of Cando.

Stanley is also a strong believer in giving back. He recently completed a mentorship through the Cape Breton University inbusiness program. Through this venture he assisted Indigenous youth from across Atlantic Canada to complete assignments covering topics such as finance, accounting and marketing.

This initiative generously sponsored by: