Why Grieg Seafood BC is growing its Indigenous workforce 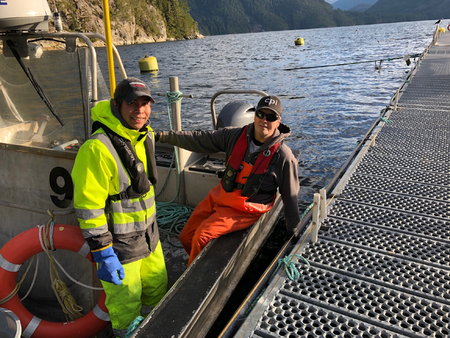 Strengthening coastal communities on northern Vancouver Island is a priority for Grieg Seafood BC. As a growing salmon farming company, increasing their Indigenous workforce is one of the most sustainable ways of supporting nearby Nations while filling vital positions in the region.

Grieg BC has a hatchery, head office, and 22 salmon farms which employ roughly 150 people. Of that number ten per cent are Indigenous persons, a percentage Grieg hopes to grow.

“Employing more Indigenous persons benefits everyone,” says Marilyn Hutchinson, Grieg BC’s Director of Indigenous and Community Relations. “It supports families and communities in often remote regions and supplies Grieg with hard-working people who truly care about the impact our industry has on the environment.” 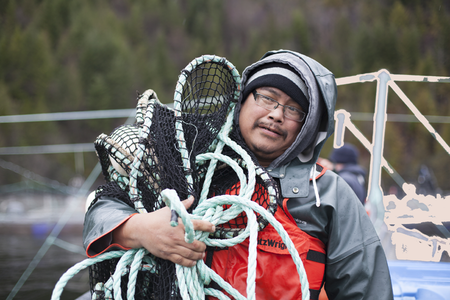 “Our Indigenous employees often request to work on sites within their traditional territories, which is important to them in so many ways, so it’s important we honour this wherever possible.”

Chief John Smith of the Tlowitsis Nation, whose traditional territory is located off the northeast coast of Vancouver Island, has seen his people directly benefit from Grieg BC’s operations through employment and an economic partnership.

“Like many First Nations in British Columbia, the Tlowitsis are eager to grow our community and develop a lasting economy from our traditional territory,” Chief John Smith said. “Developing salmon farms in Clio Channel is a cornerstone for our Nation, and I wish this partnership happened earlier.” 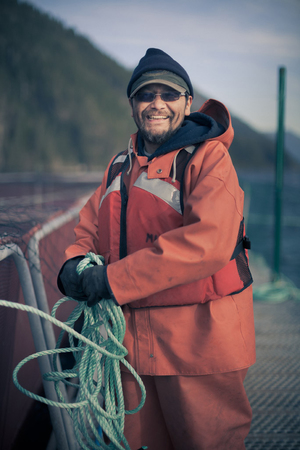 Rudy Dick, an Aquaculture Technician for Grieg Seafood BC, seen working on a salmon farm in the traditional Mowachaht Muchalaht territory in Nootka Sound.

Smith says salmon farming has become an important economic driver for his members, creating jobs and economic activity. This has allowed them to purchase land for their new community Nenagwas (“a place to come home to”) near Campbell River and to establish a post-secondary education scholarship fund for their youth.

Grieg BC is also actively strengthening Indigenous communities through corporate giving. Since 2012, Grieg has donated over $200,000 to support Indigenous organizations and activities on and around northern Vancouver Island, mainly in youth sports and education.

Grieg Seafood BC is committed to the participation and advancement of Indigenous peoples.