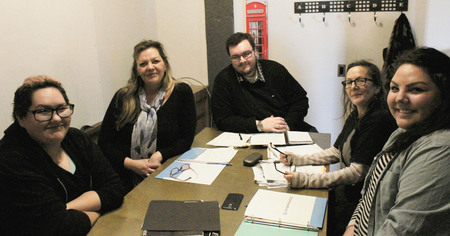 Kyle White, the education and engagement lead for Co-operatives First, (middle) attends a by-law meeting with a community group.

Following a pair of test runs in 2017, Co-operatives First officials have expanded a free workshop that they offer.

The plan is to present Creating Connections: A Workshop on Exploring Co-operatives a total of eight times in 2018. Ideally the workshop would be held twice in each of the four western Canadian provinces this year.
The workshop was created so that economic development as well as community and business leaders can learn how the co-operative business model can enhance opportunities.

Co-operatives First is a Saskatoon-based organization whose mandate is to help Indigenous and rural communities prosper in western Canada. Officials from the organization teamed up with Cando, which promotes Indigenous economic development across the country, to debut the workshop a year ago.
For starters, the workshop was held in Saskatoon last September. The workshop was also offered at the Cando Conference staged in October in Fredericton, N.B. 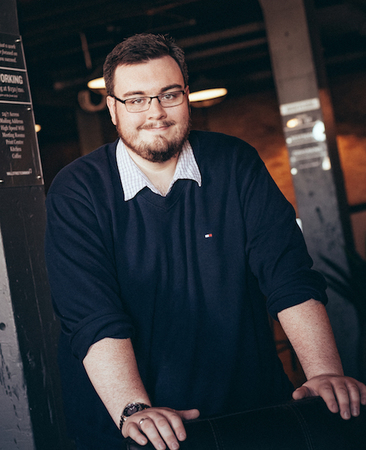 “At this stage we’re really raising awareness about these workshops,” said Kyle White, the education and engagement lead for Co-operatives First. “We’re open for partnerships with economic developers, universities, communities and all sorts of people that can benefit from these.”

Kyle White, the education and engagement lead for Co-operatives First.

The first workshop of 2018 was held at Calgary’s Ambrose University in February. Workshops were also staged that same month at a pair of British Columbia communities, Revelstoke and Grand Forks.

Next up was a mid-May workshop in Winnipeg.

Co-operatives First officials are looking to set up future dates.

“We’re open to working with partners that want to schedule this event,” White said.

Though the workshop was offered in Fredericton last fall that was because the Cando Conference was in the Maritimes. But don’t expect the workshop to be offered in eastern Canada again in the foreseeable future.
“Our mandate right now is to help communities in western Canada,” White said. “But someday it would be cool if we were nationwide.”

White believes attending the workshop is even more appealing now since it has become an accredited seminar by the Economic Developers Association of Canada. Those economic development professionals who participate in the seminar are credited with two points towards their certification.

A total of 45 points are required to earn an Ec.D. certification.

White said Co-operatives First officials have been receiving some glowing reviews from workshops they have staged thus far.

“In all cases the feedback has been really great,” he said.

The workshop allows participants to learn about how co-ops work effectively. This is achieved by looking at business models and working with real-life situations.

Organizers hope the workshop, which is intended to last between 3-4 hours, will leave participants with a better understanding of how they can incorporate co-ops in their own communities.

More information about the workshop is available on the Co-operatives First website at www.coopertivesfirst.com

White can also be contacted via email at kyle@cooperativesfirst.com or through his office phone number (306) 382-4410.